DODGE CITY, KS (March 29, 2021) – Arrowhead West, Inc. announced today the upcoming retirement of its President, Lori Pendergast, which will occur on December 31, 2021.
At that time, Pendergast will have served 40 years in various executive capacities at Arrowhead West, most recently as the organization’s President since 2000.
“I have been fortunate to work in the field of Developmental Disabilities for the last 40+ years, starting with a state hospital and seeing the field change to one that promotes inclusion in the community. The people we serve and their families are so appreciative of the individualized services that we provide.  There are so many good people that I had the opportunity to work with over the years including co-workers and our board members. Arrowhead West, Inc. definitely follows its mission which is to empower people to live meaningful and productive lives,” said Pendergast.
“Under Lori’s leadership, Arrowhead West has been successful in fulfilling its mission of providing services to children and adults with developmental disabilities throughout its 14-county service area,” said current board chair Mike Stein.  “Over the past twenty-plus years as Arrowhead’s President and CEO, and throughout her more than 40-year career in the field of human services, Lori has demonstrated a deep concern and passion for serving clients and their families.  The board is grateful for Lori’s dedicated service, and wishes her well in her retirement.”
Stein announced that the Arrowhead West, Inc. Board of Directors will begin the process of selecting Pendergast’s successor. Those interested in applying can access the job description and requirements, as well as apply, at https://www.hrpartnersks.com/jobs/1514-awi-president/.
A Nebraska native, Pendergast is a graduate of the University of Nebraska-Lincoln with a Bachelor of Arts and Master of Science. Prior to joining Arrowhead West she worked at the Lancaster Office of Mental Retardation in Lincoln, NE from 1975-1981 in the residential program and then as a Program Manager.  She was the Executive Director of Community Living Services in Wichita, KS from 1981-1989 prior to their merger with Arrowhead West. At the time of the merger, she became the Executive Director of Arrowhead West and was responsible for the overall management of programs and services.
Pendergast was on the Executive Committee of InterHab (a state association) from 1986-1993, serving as the President for two years. In 1991, she became a surveyor for the Commission on Accreditation of Rehabilitation Facilities (CARF) and served in that capacity for 15 years.
Pendergast will continue as the President of the Arrowhead West Endowment Association after her retirement from Arrowhead West.
Arrowhead West is a non-profit organization that provides community based services to children and adults with developmental disabilities with offices located in Dodge City, Medicine Lodge, Pratt, Kinsley, and Wichita. The agency touches the lives of nearly 1,000 individuals annually and provides services in 14 counties from Dodge City to Wichita. Arrowhead West, Inc. has been CARF accredited since 1980.​
Arrowhead West, Inc. is a not-for profit organization serving children and adults with developmental disabilities. Offices are located in Dodge City, Medicine Lodge, Pratt, Kinsley, and Wichita Kansas. The agency has touched the lives of over 1,000 clients in the past year and employs over 235 staff members.
Our Mission is to empower people to live meaningful and productive lives.
Our Vision is to Provide outstanding service that leads to making informed choices about:
Independence, Employment, Community Participation and Healthy Lifestyles. 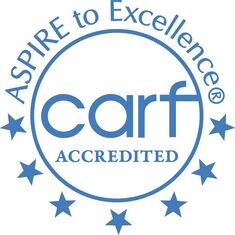